Last year we had such a great cottage weekend that we knew we wanted to do it again this year.  My dad had once again offered to rent us a cottage, as a birthday present for both me and Tyler.  This year I figured it would be better to go away as late as we could get away with before the weather turned cold, for one because I wanted Lily to get past the newborn stage, but also because I wanted to see the leaves changing.  Since my birthday is at the end of September I thought that would be a great time to go.  Tyler was a little worried that we would be taking a gamble with the weather and that it might be really cold, but I thought it would be the perfect time.
After checking out a few places I decided that Woodland Echoes Resort looked like a lovely place to spend the weekend.  It was in Magnetewan, a town that we had often spent time at as children because my dad had a friend with a cottage there.  It was about a 3 hour drive for us which was a little farther than I would have liked given Lily is still not great in the car, but I wasn't too worried about braving the drive.
Actually the drive up wasn't too bad.  The boys were fine, and Lily mostly just complained loudly as opposed to full out screaming.  She did manage to nap a little bit which was encouraging.  Even with a stop for lunch we made good time and managed to get up there by mid afternoon on the Thursday.  That gave us plenty of time to get unpacked and settled, and to wander around and scope the place out.  We had a nice dinner, and afterwards Mike and Renee came up to join us.
The cabin was small but cozy, and right on Ahmic Lake with our own private dock.  It was a tight squeeze with all 7 of us, but we didn't mind.  The resort was lovely as well, with cute little cottages, beautiful gardens, a mini putt course, a park area for the kids, a recreation cabin, a beach and swimming area (which obviously we wouldn't be needing!), and a campfire pit.
We had a wonderful weekend.  The weather was actually perfect, cool at night but crisp and sunny during the day.  We got a bit of rain but it wasn't a problem.  The guys rented a boat and went out fishing a few times, catching some stuff but no big prizes.  Tristan still had a great time fishing.  Finn caught his first fish off the dock with Daddy.  For my birthday a lady came to the cabin to give me a massage and reflexology which was amazing, while everyone else went out exploring.  We had good food and lots of fun.  My dad stopped by for a bit on Saturday, and my aunt, uncle and cousin did as well since they have a property in Magnetewan and were nearby anyway.
I had a lovely birthday with my family, except for the part where Finn whacked his head on the bed frame and split his eyebrow open.  Since it looked pretty ugly we decided he should go to the nearest hospital for a look, which unfortunately was about 45 minutes away.  It happened at dinnertime, and Tyler and Mike packed him up and took him.  Turned out he did need some stitches.  The doctor gave the option of stitches or glue, but we decided to go with the stitches to minimize the scarring.  I know it wasn't fun for the little guy, but he took it like a champ.  Tyler and Mike said he was a star and even the doctor commented that he was the youngest child that he's even stitched up who was so good.  A few hours, four stitches, and a popsicle later and they were on their way back.  He was asleep when he got back and went straight to bed no problem.  He's such a tough little guy!
Aside from that we had a great time.  I was worried it would be stressful for me and that I wouldn't have much fun having such a young baby there, but it was fine.  The boys were amazing, they both napped every day and slept well at night.  Lily did great too.  We brought her swing so she was able to nap there, and she went down for bed each night easily.  She slept fine through the noise in the evening, and although she did wake a lot during the night she went back to sleep easily.  All weekend she was in good spirits.
We stayed 3 nights and packed up to leave on Sunday morning.  It was a nice morning, we took our time packing up and enjoying every last minute before heading back.  We were on the road by 12 which gave us plenty of time to get home.  The ride home was a little harder than the ride there simply because Lily slept less and complained more, but it wasn't too bad and again we made it in good time, with plenty of time left in the afternoon to get settled back at home and have dinner and bed at their normal times.
I'm loving that we've done this two years in a row now and look forward to many more years of family cottage time to come.  Here are some of my favourite pics from the weekend. 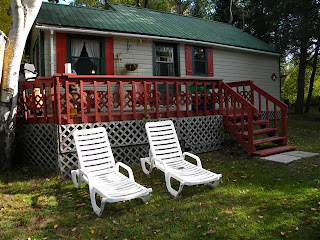 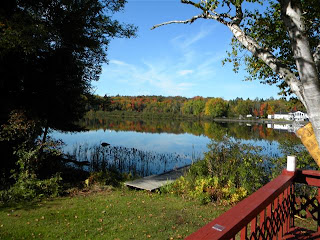 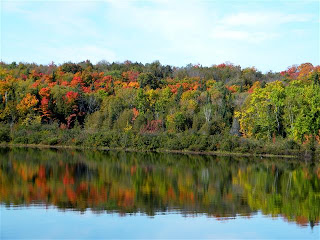 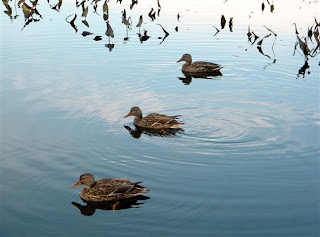 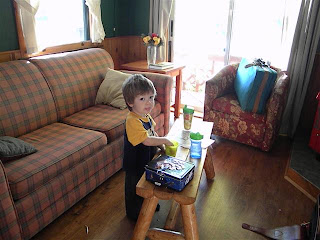 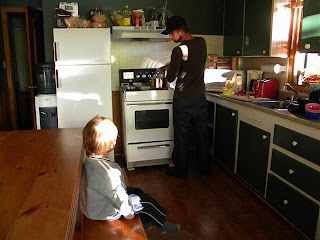 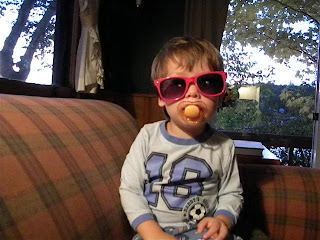 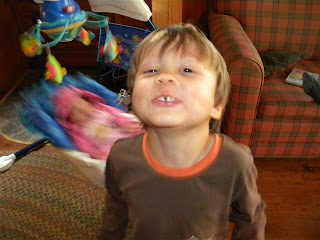 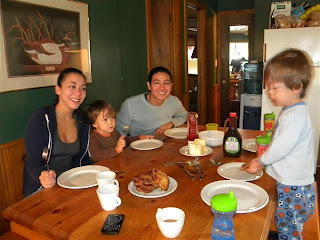 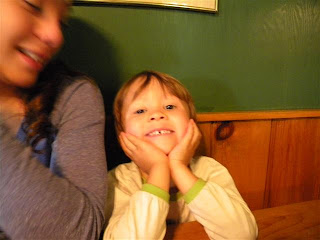 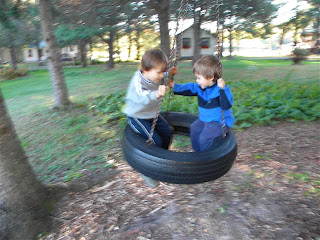 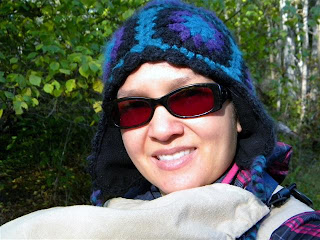 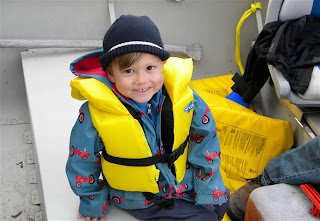 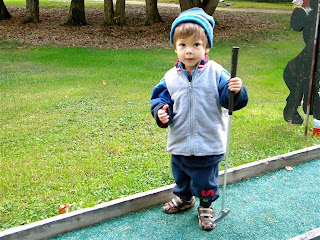 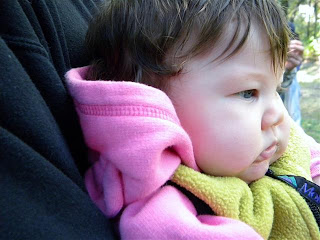 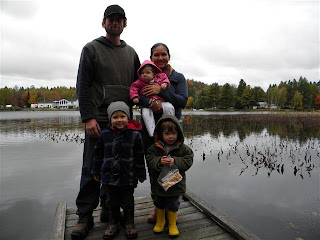 I've actually had lots of stuff I've wanted to write about lately.  What I haven't had is lots of time.  And what little left over time I do have these days has gone to my new hobby.  Or should I say my newly rediscovered hobby:  Reading.
Once upon a time I enjoyed reading and read quite a bit.  Especially throughout my young adult years.  I wouldn't say I'm anything of a literary snob, mostly I enjoyed fiction and a good story.  Things that were easy to read, and entertaining.  Nevertheless, I read, and I often read a lot.  But not so much since having kids.  Aside from pregnancy, baby and parenting books, I think I've only read maybe one other book since becoming a mom.  Shameful!
I hadn't really cared though that I never read anymore.  That is until all my friends starting discussing all the books they were reading and I had nothing to say during the conversation.  So I figured I better get reading again.
In the past month I've read 4 books and am a good way into the 5th.  I started off with the Hunger Games Trilogy, which I knew I would like.  It was an easy read and a fast paced story, two things that I really like.  So it took me exactly 3 weeks to read all three books.  Of course I loved them.  Not exactly what one might consider great literature, but definitely a gripping saga.
My friend H reads a lot so while she didn't think much of the Hunger Games, she did recommend a book for me based on the fact that I like that sort of science fiction stuff.  The next book I read was Oryx and Crake by Margaret Atwood.  Definitely better literature than the Hunger Games (which I still liked better by the way), and a great read as well.  It had that similar disturbing post-apocalyptic feel with much better writing.  I finished that book in only a week as well.
Now I'm onto the Kitchen House, by Kathleen Grissom which has come highly recommended by all of my friends.  I've heard it's sad, which I'm not too keen on.  But so far it's really good.  I'm not sure exactly what to think of it.  I'm really into the story so far, but I don't know if it's my type of book.  I have a feeling it will be disturbing to me in other ways.  My friend C has described many of the books H recommends as intense, and I can see how this one would be considered that.  I have a feeling it will only take a week to finish this one off as well.
We're trying to establish a book club amongst the 5 of us, but so far have yet to all read the same book to discuss.  Once I finish the Kitchen House we'll all have read that one, and once S finishes the Hunger Games we'll all have read those as well, and then we'll have stuff to talk about.  After that point we've decided we have to get more organized and pick one book a month we can all read.
While initially I only started reading again to be included back in the conversation, I'm now happy that I have for my own sake.  I had totally forgotten what it's like to be so engrossed in a book that I'll sneak in any time I can to read it.  Which means that blogging gets pushed aside.  Oh well, it can wait!
Posted by MartinaS at 06:09 No comments: