Last weekend we had our first "official" family holiday, even though it was only 3 nights.  We rented a little cottage on Pigeon Lake, just outside of Bobcaygeon.  It was rather last minute, a few weeks ago my dad called us and offered to rent us a cottage for the weekend so we could join him and his friends on a houseboat for a day.  We eagerly accepted and were looking forward to getting away as a family.
After packing up what felt like the entire house, we left on Friday morning.  We got to Bobcaygeon around lunchtime and grabbed lunch before heading over to our cottage.
The place where we were staying was called Trail's End Lodge.  It was nestled in the woods and the cabins were right on the lakefront.  Ours was a cute little two bedroom cottage.  There was a large grassy area with lots of toys and stuff for the kids to play with, including a little treehouse and a slide.  The waterfront had a little sandy area and gazebo, and there was a dock with fishing boats to take out onto the lake. 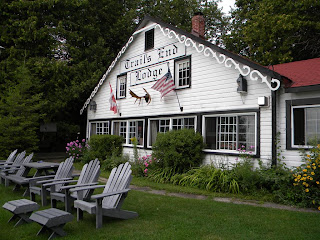 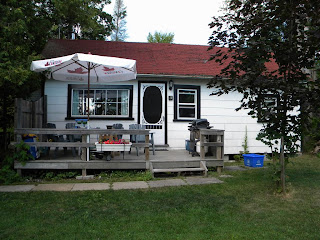 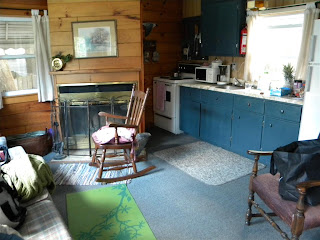 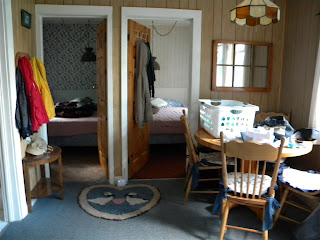 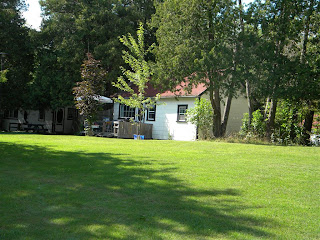 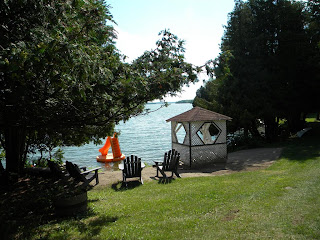 Mike and Renee came up later Friday afternoon to join us for the weekend.
We had a fantastic time.  The boys absolutely loved playing and exploring, and of course Tyler got in as much fishing as he could.  He was really excited to get T into fishing, and was thrilled of course when he took to it right away.  T enjoyed fishing on the dock as soon as we arrived, and caught his first little bass.  On Saturday Tyler took him out of the boat and he loved that too, and even caught his first walleye. 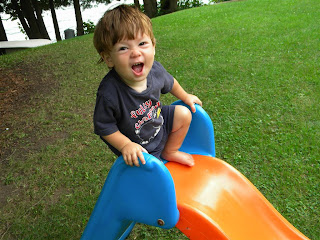 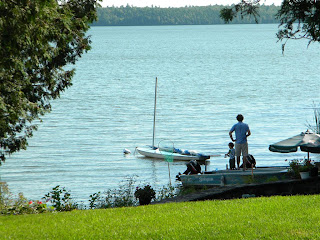 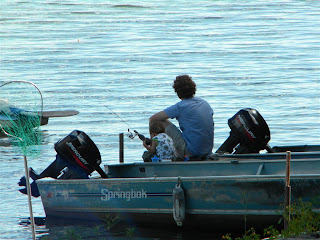 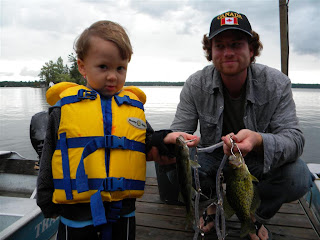 On Saturday afternoon we took our little boat across the lake to meet up with my dad and his friends on a big houseboat.  It was a lot of fun.  There was yummy food, and even an ice cream boat came by!  Everyone had fun swimming in the lake, even the boys got to go in a little bit.  T really liked playing on the giant floating 'lilypad', while F hung out in his inflatable floaty tube, though he didn't enjoy the water as much.  Tyler and I tried tubing once.  I got up enough courage to go, but in all honesty it scared me and so I only went the one time.  I managed to stay on the tube though even though Tyler came off.  It's not so much the actual tubing that scares me, rather swimming in the lake freaks me out, so I was more scared of falling off! 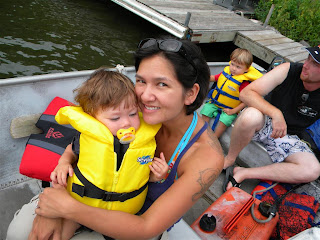 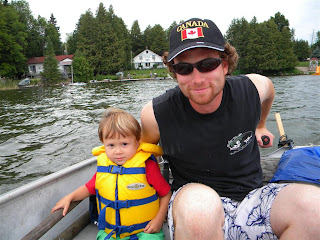 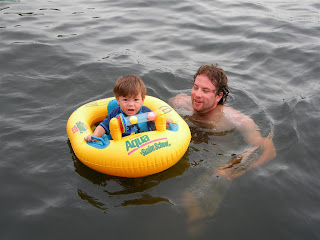 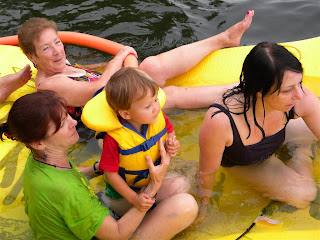 Sunday was rainy on and off so we mostly hung around the cabin, but when it was clear we would go wander around outside.  The boys just wanted to be outside all the time, they were having so much fun.  We wanted to have a campfire but couldn't because of the rain, but we did manage to roast some  marshmallows over the bbq and make some smores. 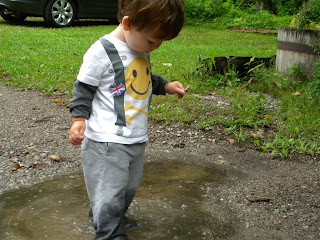 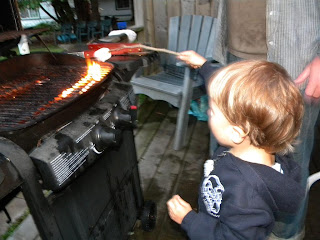 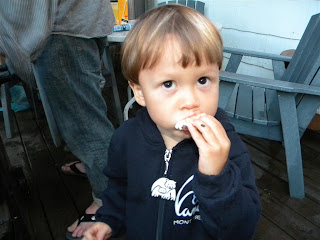 On Monday it was time to pack up and leave, but Tyler wanted to take T fishing on the boat one last time.  He set his alarm to get up and go early, but when it went off Tyler just wanted to stay in bed where it was warm.  T had other ideas though, and dragged Daddy out of bed to go fishing.  They had so much fun out there, T didn't want to come back in!  He caught his second walleye that day. 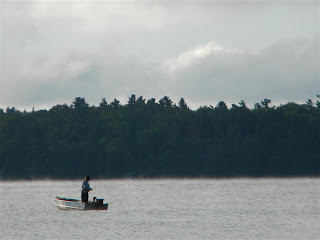 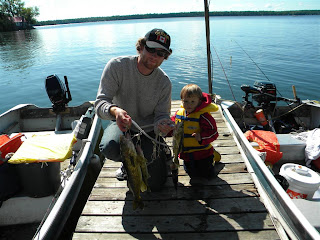 I think one of the highlights of the trip was watching as an osprey kept trying to steal the fish Tyler and T had caught!  I watched from the dock as the giant bird kept swooping down to grab the fish, and Tyler had to shoo it away.  At one point he got the fish, but it was already on Tyler's chain and so a great tug of war ensued between man and bird of prey.  It was actually so cool to see.  Tyler said T was laughing the whole time. 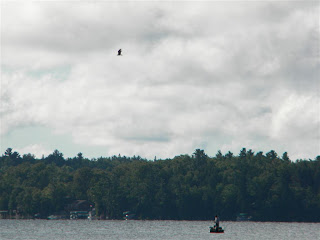 We headed back into Bobcaygeon for lunch and ice cream before finally hitting the road to head back home.  What an amazing weekend!
The weekend could not have gone any better.  I think what amazed me the most is that both boys slept so well while we were there.  I figured T would sleep fine at night, but would probably resist taking a nap due to all the excitement.  I fully expected F to resist sleep at both nap and bedtime since we were in an unfamiliar place.  I was totally wrong!  They both went to sleep easily for naps and night, and they both slept all night long each night with the exception of a few brief wakings.  I can't say how shocked I was at this, but pleasantly so!
I'm so glad we got the opportunity to have this weekend, and that we got to share it with Mike and my dad too.  It's so great to know we get to do things like this as a family, and that everything went smoothly and we all had a great time.  Hopefully we will be able to get away for a cottage weekend once or twice a year.
It's nice to be home though, I missed my bed!  Back to routine, and time to get T prepared for school which starts in a few weeks.  Yikes!
Posted by MartinaS at 10:57